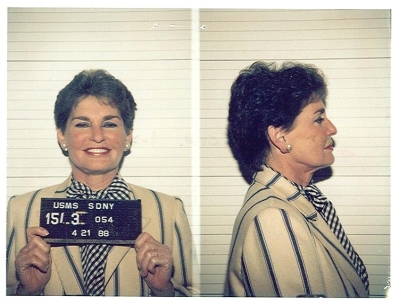 A long, long time ago, I learned in business school the difference between tax evasion and tax avoidance. Simply, one is legal, one is not. I learned more about the distinction from my first employer, when the company deferred indefinitely the payment of a full year of income tax by essentially forming a partnership with itself. That was avoidance. And it was entirely legal at the time. So was Donald Trump’s claiming of $916 million in business losses to shield his income from taxes for subsequent years, even though the majority of the losses had been absorbed by his bankers, not by him or his companies. So was Apple Inc.’s parking of the bulk of its income in low-tax Ireland, by claiming a corporate residency of…nowhere. So is the wholesale reduction of corporate tax by tech giants Google, Facebook, Microsoft, etc. by housing their IP assets (and hence reported income from those assets) in tax havens. It’s not a stretch to suggest that the most creative, innovative people within these companies are not involved in product design and development – they’re in the tax department.

Tax avoidance is again front page news, mainly because of Canadian and U.S. governments’ current attempts at tax reform. It’s also news because of the recent leak of the Paradise Papers, which just serves as a reminder that both governments are bungling their reform efforts. They aren’t addressing key issues of effectiveness, fairness, and transparency. Perhaps they don’t want to.

Canadian Finance Minister Bill Morneau embarked on a program of closing “loopholes.” His tax proposals were targeted at professional corporations, including those of doctors and dentists, but affected other groups such as farmers. The government argued that the reform would prevent wealthy Canadians from using incorporation as a means to unfairly reduce their taxes.  The problem was, however, that Morneau’s original framework would have resulted in some business owners paying a tax rate of 90%. (analysis by Minden Gross) . Farmers complained that the proposals would incent them to sell family farms to outsiders, rather than pass them to family members. Entrepreneurs complained that Morneau was attempting to penalize them for being entrepreneurs.

Bill Morneau has been busy backtracking and revising. Coincidentally, we’ve been reminded by the latest leak of confidential documents that other, far more questionable tax avoidance is still proceeding on a grand scale, without any apparent response from Ottawa. No outrage, no righteous indignation, no calls for immediate reform.

There are over 3,000 Canadian companies, trusts, foundations and individuals listed in the Paradise Papers. This is just the tip of the iceberg. Canada’s largest public companies control over 1,000 subsidiaries in tax haven jurisdictions (Canadians for Tax Fairness). And, foreign direct investment from Canada still flows to tax havens (aka “offshore financial centres”) such as Barbados, Luxembourg, the Cayman Islands, Bermuda and the Bahamas. Collectively, these countries, known for their tax friendliness, account for $82 billion of Canadian direct investment (StatsCan). And collectively, they represent about 0.1% of global GDP. There is no reason for such amounts to be parked in those countries other than for tax avoidance.

Although legal, the amount of tax avoided by Canadian companies’ “profit shifting” to low tax jurisdictions has been estimated at between $5-$15 billion per year. So, if the objective of tax reform is “fairness” it’s fairly obvious that Bill Morneau is aiming at the wrong target. Tax avoidance is taking place on an industrial scale, while Morneau focuses on the lemonade stand.

The U.S. proposal – What the hell?

Which brings me to the U.S. The current tax reform initiative in the U.S. is a melange of misaligned objectives, faulty assumptions, and plain old fashioned lies.

While touting the “reform” as a tax cut across all income groups, Republicans have offered up a structure focused on delivering cuts to wealthy Americans and to the corporate sector. Middle income Americans are being sold a bill of goods – they will in fact pay more tax over the next 10 years as a result of the reform.  This according to the Joint Committee on Taxation, Congress’ official nonpartisan analyst. Also note that although the corporate tax cuts in the package are permanent, the individual cuts are temporary. The tax package is not as advertised.

When presented with the analysis that middle income Americans will not benefit, Republicans argue that the proposed reduction in corporate rates from 35% to 20% will spur business activity and result in a significant growth in jobs. Sounds good, but few companies pay anything close to 35% to start with. Also, there’s little evidence of a supply-side or trickle-down approach actually succeeding, beyond increasing fiscal deficits to unheard-of levels. Furthermore, leaders of corporate America are themselves implying that the premise is faulty. Gary Cohn, Trump’s senior economic advisor, was very surprised to hear at a recent gathering of CEOs and senior executives that few of them planned to increase investment if the tax bill is passed.

Trump has often mentioned the stockpile of foreign earnings kept offshore (currently estimated as over $2.6 trillion), and the tax package proposes a special lower tax rate (14%) on repatriated earnings. According to Treasury Secretary Steven Mnuchin, the tax break “will bring back trillions of dollars that are offshore to be invested here in the United States to purchase capital and to create jobs.”

Nonsense. In 2004 a similar tax reduction on repatriated profits attracted a lot of money, but little of the expected benefit. Yes, over $300 billion was brought back to the US. No, the money was not invested in productive capacity or in jobs for Americans. Instead, the funds were used primarily to fund share buy-backs and acquisitions. The top 15 repatriating companies brought home $150 billion but reduced their work force by 20,931 jobs (U.S. Senate Subcommittee). The Congressional Research Service later concluded that the tax holiday “did not increase domestic investment or employment.”

There’s little chance of a different outcome this time around. This past summer a Bank of America/Merrill Lynch survey asked executives what they would do with funds repatriated after a tax holiday. The responses:

Conclusion: middle income Americans will not benefit directly or indirectly from the tax proposal. It’s not hard to see why many analysts and critics view the tax package as being a poorly designed and poorly promoted scheme to fund tax reductions to wealthy Americans, a reduction in the corporate rate, and redistributions to shareholders. It’s tax policy written by Leona Helmsley (she of the “only the little people pay taxes” fame). The Republicans pushing the package are either misguided, or not telling the truth.

True tax reform would address the fact that there are 3,000 Canadians (individual and corporate) and 31,000 U.S. citizens listed in the Paradise Papers. That there are 1,000 subsidiaries of Canadian companies located in tax havens. That Apple Inc. books nearly 70% of its worldwide profits in foreign jurisdictions at an effective rate of less than 4%. That mainstays of the new digital economy such as Alphabet and Facebook benefit from similar schemes to transfer income out of the U.S. and avoid taxes. And, that the total amount of tax avoided through artificial profit shifting amounts to hundreds of billions of dollars annually.

True tax reform will address the issues central to the OECD initiative to address Base Erosion and Profit Shifting (BEPS). BEPS refers to tax avoidance strategies “that exploit gaps and mismatches in tax rules to artificially shift profits to low or no-tax locations.“ In other words, strategies being followed by just about any multinational company. So far, it seems, the BEPS initiative has produced a framework but has not resulted in real changes in tax policies.  And, from what has been presented as tax “reform” in Canada and the US, it’s not evident that any changes will be forthcoming.

Just think. If Bill Morneau had access to $5-15 billion more in tax revenue per year, perhaps he wouldn’t be so inclined to piss off the doctors and entrepreneurs.  And if Donald Trump had access to the hundreds of billions of dollars per year currently being swiped from US tax coffers through profit shifting, he would be able to fund an even greater cut to corporate tax rates without having to lie, and without having to shake down the middle class. That would be real tax reform.