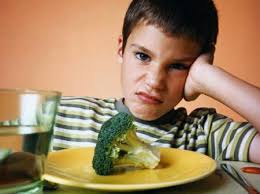 In a recent Globe and Mail column, Sylvain Charlebois, dean of the Faculty of Management at Dalhousie University, wrote about how technology is revolutionising food distribution and consumption.  He suggests that online ordering and home delivery is making consumers more rational, more informed, and even healthier. A dubious claim, but let’s go with it for a minute.  The professor wrote excitedly about the prospect of automatic ordering of groceries and delivery to a consumer’s fridge.  He imagined companies delivering to our kitchens the food we need to better our health, based on data downloaded from people’s portable devices.  He calls this sort of diet management the “fitbitization” of food, after the ubiquitous wrist-worn reminder of people’s inactivity.

Picture a scenario whereby Amazon analyzes personal data from our wrist-worn devices, determines our nutritional requirements, and has Alexa order us to eat more broccoli.  It’s technology run amok – the result of technophilia.

The Age of Technophilia

Technophilia can be described as a fascination and enthusiasm for technology in all possible applications, leading to a pursuit of technology-based solutions for all issues, no matter how small, trivial, or illusory.  And how we live, work and consume things is being increasing dictated by technophiles. Technophilia explains why we have widespread acceptance of technology that would take over even such basic decisions as what to cook/reheat/assemble for supper, and when to order more mayonnaise. We have available a litany of so-called “smart” appliances that offer communication and control through smartphones and other mobile devices. Ian Bogost, technology writer and professor, calls it “computational showboating” or “conspicuous computing.”   In other words, technology for the sake of technology.

Technology certainly has its benefits, but we are increasingly using it to define problems rather than offer solutions.  For instance, do we really need an internet-connected washing machine that allows us to monitor the cycle status and time remaining from a smartphone?  After all, nothing says progress like the ability to monitor the progress of our laundry from anywhere in the world, right?   And how did we ever manage without being able to preheat the oven before we get home?  Or (coming soon) having our fridges automatically re-order perishables that have passed their “best before” date?

Call me a Luddite (see below) but I have lower expectations of my household appliances.  In my world, a refrigerator keeps things cold, a stove heats things up, and a washer cleans clothes.  None of these appliances operates under remote instruction through Amazon or Google, and none of them feeds household data to Amazon or Google or Russian hackers.   Simple.

The Trojan Room Coffee Pot and its heirs

In 1991 computer scientists at the University of Cambridge decided that they were tired of walking down the hall to get a cup of coffee, only to find an empty pot. They decided to set up a camera focused on the pot, and feed a live picture of the coffee status to their computers – thus enabling them to avoid making a new pot themselves.  With the advent of the internet a couple of years later, the Trojan Room coffee pot became the star of one of the world’s first webcams.  The engineers were reportedly asked whether the internet, with its vast capabilities of linking computers across the globe, enabling the real-time sharing of the wealth of human knowledge, was developed so a few geeks could avoid a 20-yard walk to an empty coffee pot.  Why did they set up the site?  “Because we could,” said the engineers.

The coffee pot cam was retired in 1995, having outlived its usefulness.  The faith in and reliance on technology represented by the camera, however, lives on in services and products that are an increasing part of daily life.  I can imagine a product development engineer being asked why he or she developed gadgets that allow people to perform routine household functions without getting up from the couch or desk, and to delegate basic household management responsibilities to one’s appliances. A possible response would be “because we could.”  Technophilia trumps usefulness.

Technophilia is evident in many other areas, on the demand side as well as the supply.  Consumers are enamored with technology, even if it presents little apparent benefit.

Consider Amazon Go, the retail experiment where shoppers’ purchases are tracked using a bevy of sensors and cameras, and the total is charged to the shoppers’ credit card upon exit, without any human intervention.   No checkout lines.  The first store opened in January, about a year later than planned due to the complex technology involved.   And, it attracted long lines of shoppers eager to experience the novel arrangement.  That’s right – shoppers lined up to get into a store whose sole differentiating feature was the absence of lineups getting out.

Also consider virtual assistants such as Amazon’s Alexa, Google Assistant, and the Apple Siri, which work with those companies’ smart speakers to  provide voice-controlled connectivity – to the internet, and hence to every appliance and household function also in the network. And what are they used for?  According to one study, not much.  As reported in the New York Times, Activate, a management consulting firm, found that the majority of Alexa users turn to the devices to “play music, get the weather, set a timer, or answer questions.” Never mind that other devices already exist that perform these functions quite well – Amazon alone has sold over 20 million of its assistants to-date.

We are obviously willing to pay for new technology.  The non-monetary cost of that acceptance – the loss of privacy, autonomy, social wellness, etc. – is a topic for another day.    Meantime, the benefits of technological developments are increasing flowing to the companies that are supplying them, via a constant stream of consumer household data, and a conduit for increased sales.  Commerce trumps convenience.

The original Luddites did not have an irrational fear of technology; they had a legitimate concern that the introduction of specific new technology (weaving frames) was rendering them unemployed and destitute.  Luddites set about a campaign of sabotage against the new labour-saving machines.  Over the years, however, the term Luddite has come to describe anyone who is opposed to new technologies or technological change, especially without justification.

Compare that to a technophile, who is at the other end of the spectrum.  Technophiles exhibit an unbridled support of new technologies, often without regard for cost, value, or usefulness.  They are the ones living life online, getting instant gratification from their digital assistants, and buying the latest internet-connected appliances.

What’s needed in the modern era is not blind acceptance of new technology, nor knee-jerk denial of progress.   Here’s for a Goldilocks position – somewhere in the middle.  If technology provides real benefits to persons and society, does not compromise privacy, and does not compound our addiction to our electronic devices, let’s embrace it.  Otherwise, let’s give it a pass.

I call myself a “cyber-skeptic” in that I question technological developments that appear to offer nothing more than gadgetry for the sake of gadgetry.  I balk at introducing technology that offers little more functionality than my existing devices, but provides an endless stream of personal data to Amazon or Google (or Russian hackers) for them to use to try and sell me more stuff.   I’ll settle for improved technology that will enable my washing machine and refrigerator to keep functioning well after their warranty period expires, rather than conducting corporate surveillance on my laundry and offering judgement on my eating habits.

Now that would be progress.